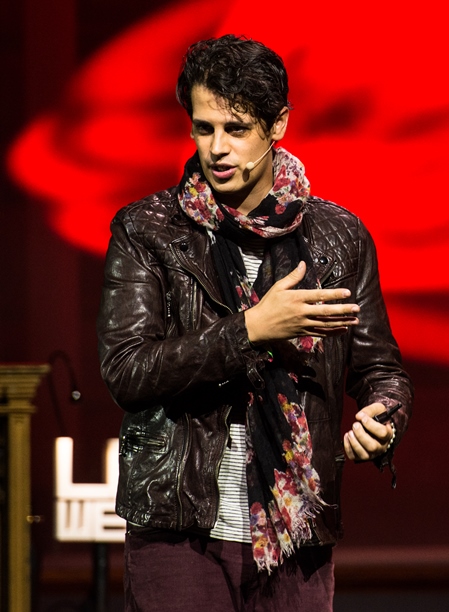 Milo Yiannopoulos, author at Breitbart.com, participated in a debate with feminist Rebecca Reid at Bristol University. The following quotes are from his closing remarks, and I think they sum up the state of affairs for gender equality better than any I’ve heard, and so I wanted to pass them along. I hope you enjoy them.

“I want to address the men in the audience—sorry ladies, I love you, but this is for boys. The question posed to us today was whether we’ve reached an age of gender equality. I don’t think we have. We’ve overshot the age of gender equality—by a long stretch, and men of your generation are going to be the primary victims of this era. In secondary school you will have experienced a system that is tilted against boys. Your exams will have been primarily modular, not linear, a system that favors girls. Teachers will have tried to control and pathologize your boisterous behavior, branding you “young offenders” for pranks, or “cyberbullies” for typical male teenage trash-talk (taunting, after all, is how men bond).”

“Your female peers will be encouraged at every stage of their educational journey. They will be told to join a STEM field; they’ll be given—showered, in fact—with grants and awards, prizes, and encouragement. And when they do get to applying for those jobs, you will be discriminated against, just because they’re a girl. You’ll be the recipients of nothing. There are no programs for men. The suggestion for having a Men’s Officer at York University was laughed at by the student union. At University, you will be told that you’re rapists-in-waiting; that you need to attend consent classes. Your natural love and affection for women will be neutered. You will be faced with an impossible choice: suppress your natural, healthy, romantic interest in women, or risk a charge of rape or sexual harassment. And if you speak out against this hostile and unfair environment, you will be persecuted by rabid mobs of politically correct lunatics, as well as the full force of the establishment media.”

“When your studies are completed, you will enter a jobs market that is stacked against you. With companies pressured from all directions to hire women, you will be at a 2-to-1 disadvantage if you are in STEM subjects, and possibly worse in others. If you do happen to land a job, a single accusation of an inappropriate remark or any unsubstantiated allegation can destroy your reputation forever.”

“Despite all this, I’m not worried for you—because you’re men. Your incalculable, intolerable, impossible obstacles have been placed before you precisely to overcome. And overcoming is what men do best. It is the nature of men to battle on under impossible odds. We do that in war, we do that in all sorts of things, and we will do it here. Throughout your education, you will have been fed a grim history of what men have done through the centuries. You’ve been told that straight white men are worse than the Nazis. You have been told nothing good about your sex, your race, or your orientation, but I’m going to tell you something good, and it is: If the patriarchy exists, women should be grateful for it. It is what took us to space, it is what builds roads, it is what built the internet, [and] it is what protects and provides for women. If it exists, thank God it does! With their strength and determination, men have tamed the wilderness. Men built cities and the walls around us. They built the buildings that we’re in. Men’s curiosity led us to explore the oceans; their ingenuity has allowed us to reach the moon. And whenever feminism rises up and tries to ridicule you, to demean you for what you are,” “Don’t pay attention to it. Don’t listen to it. We’re not in an age of gender equality; straight white women in the West are the most privileged class in the history of our species. But we’ll be fine.”